Donald Trump will become the 45th president of the United States, CNN projects, a historic victory for outsiders that represents a stunning repudiation of Washington’s political establishment.
The billionaire real estate magnate and former reality star needed an almost perfect run through the swing states — and he got it, winning Ohio, North Carolina and Florida.
The Republican swept to victory over Hillary Clinton in the ultimate triumph for a campaign that repeatedly shattered the conventions of politics to pull off a remarkable upset. Clinton conceded to Trump in the early hours of Wednesday morning.
Speaking at a victory party in New York, Trump was gracious toward Clinton and called for unity.
“We owe (Clinton) a very major debt of gratitude to her for her service to our country,” Trump said. “I say it is time for us to come together as one united people.”
He added: “I pledge to every citizen of our land that I will be president for all Americans.”
Trump won with 289 electoral votes compared to 218 for Clinton, according to CNN projections.
Latest election results
Trump’s supporters embraced his plainspoken style, assault on political correctness and vow to crush what he portrayed in the final days of his campaign as a corrupt, globalized elite — epitomized by the Clintons — that he claimed conspired to keep hard-working Americans down.
His winning coalition of largely white, working-class voters suggests a populace desperate for change and disillusioned with an entire generation of political leaders and the economic and political system itself.
Now, Trump faces the task of uniting a nation traumatized by the ugliest campaign in modern history and ripped apart by political divides exacerbated by his own explosive rhetoric — often along the most tender national fault lines such as race and gender.

Trump will be the first president to enter the White House with no political, diplomatic or military executive experience. His victory will send shockwaves around the world, given his sparse foreign policy knowledge, haziness over nuclear doctrine, vow to curtail Muslim immigration and disdain for US alliances that have been the bedrock of the post-World War II foreign policy.
His promises to renegotiate or dump trade deals such as NAFTA and to brand China a currency manipulator risk triggering immediate economic shocks around the globe.
Global markets already began tumbling late Tuesday.
Trump, 70, will be the oldest president ever sworn in for a first term and will take the helm of a nation left deeply divided by his scorched-earth campaign. His victory was built on fierce anger at the Washington establishment and political elites among his grass-roots voters, many of whom feel they are the victims of a globalized economy that has resulted in the loss of millions of jobs.
His victory ends Clinton’s crusade to become the first woman to ever rise to the nation’s highest office. It’s a humiliating chapter in the long political career of Clinton and her husband, former President Bill Clinton.

Clinton’s campaign staff takes questions from the media on her plane in Seattle on October 14. 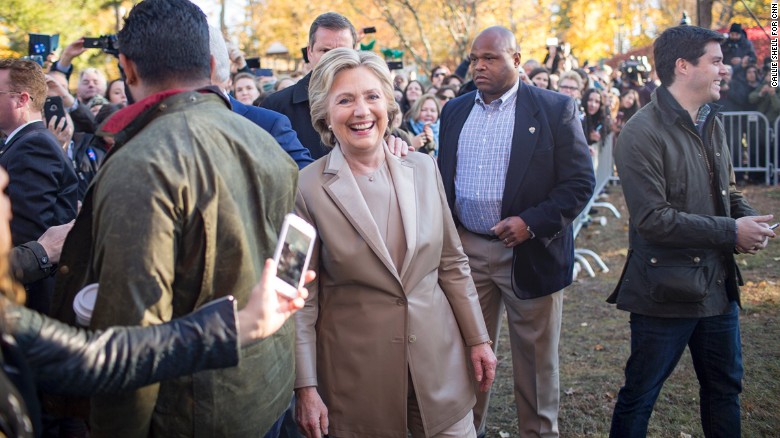 Final days of the 2016 campaign
Democratic presidential nominee Hillary Clinton voted in Chappaqua, New York, on Election Day, Tuesday, November 8. Afterward, she and her husband, former U.S. President Bill Clinton, visited with locals outside the voting area.
Trump’s win also deals a painful rebuke to President Barack Obama, whom he pursued for years with his birtherism campaign built on the false premise that Obama was born outside the United States. Now Trump will have the power to eviscerate Obama’s political legacy — including the Affordable Care Act, the latter’s proudest domestic achievement.
But there are deeper, more fundamental questions about Trump’s presidency that will be key to his capacity to unify a deeply divided country and appeal to Americans who will feel outraged and disgusted by his victory.

He’s got the attention of the whole world

Trump’s campaign was built on rage, falsehoods and singling out culprits for the ills of modern America, including undocumented migrants, foreign nations such as China and Muslim immigrants.
He mocked a disabled New York Times reporter, vowed to use the power of the presidency to put Clinton in jail and pledged to sue women who accused him of sexual assault.
Trump has promised to build a wall on the southern border and make Mexico pay for it, and to deport undocumented migrants. He has vowed to reintroduce interrogation methods for terror suspects that are more extreme than waterboarding.
So the demeanor that Trump will adopt as president and the manner in which he will behave will be closely watched — not just in the United States, but among nervous leaders abroad.
One of the many uncertainties about Trump’s coming presidency is how his White House will interact with Republicans in Congress — and whether he and GOP leaders will heal their rift from the campaign.
Republicans repelled a Democratic bid to recapture the Senate, giving the GOP control over Capitol Hill and the White House.
That means it would fall to the GOP either to rubber stamp policies likely to mark a break from conservative orthodoxy or to provide a check on the power of Trump, who has shown every sign he will use executive power aggressively.
House Speaker Paul Ryan will face intense pressure from pro-Trump members of his own coalition to cooperate with the new president.
Senate Republicans, meanwhile, are likely to hold Trump’s feet to the fire to ensure he lives up to his promise to appoint justices who could ensure a generational conservative majority on the U.S. Supreme Court. 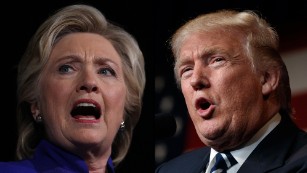 What the world wants to know about the US election
Clinton apparently failed to reassemble the diverse coalition that helped Obama win the presidency in 2008 and 2012.
The events of Clinton’s terrible final week on the campaign — the revival of her email controversy by FBI Chief James Comey and a damaging drip, drip, drip of revelations by WikiLeaks which her campaign says was orchestrated by Russian intelligence — could have helped consign her to defeat.
There also is the question of Trump’s temperament. Clinton repeatedly warned that he was unfit to control the nuclear codes because he could be baited with a tweet.
Obama passionately denounced Trump as intellectually and temperamentally unfit to succeed him in the Oval Office.
But now, he will be forced to greet his successor on the morning of Inauguration Day in January, and look on while he is sworn in as the 45th president of the United States.